Baltimore officials said Wednesday they plan to pay the family of Tyrone West $600,000 to settle a wrongful death lawsuit alleging police misconduct and excessive force. The announcement comes as state officials approved paying $400,000 to settle their share of the suit. The combined $1 million is to settle a suit filed after West died in 2013 during an altercation with police at a traffic stop in Northeast Baltimore. The family’s attorney, A. Dwight Pettit, said the money wo 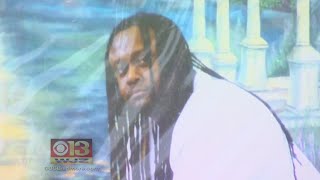 Maryland has reached a $400,000 agreement to settle its share of a lawsuit in the 2013 death of Tyrone West from injuries received during a traffic stop in Northeast Baltimore. The settlement is scheduled for a vote Wednesday by the state Board of Public Works. It is part of the resolution of a federal lawsuit brought by the 44-year-old man’s family against Baltimore and Morgan State University police. The family’s attorney, A. Dwight Pettit, said both the city and state have

Protective Order Cases: A View from the Bench