‘City we grew up in is attacking us’ – partner of Keith Davis, Jr

Keith Davis, Jr. was charged with the shooting death of a security guard, purportedly using a gun that he insists wasn’t his. He’d earlier been shot at 44 times by police for what he maintains was a mistaken identity. On Tuesday, a mistrial was declared as the jury was hung at 11-1 in favor of “not guilty.” Keith Davis’s fiancé, Kelly Davis, and Latoya Francis-Williams, Davis’s attorney, join RT America’s Anya Parampil to share details of the strange case and their reactions 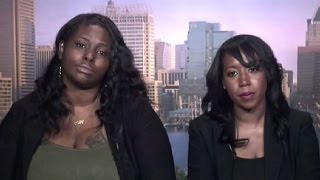 Protective Order Cases: A View from the Bench